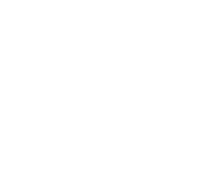 I’m not the biggest fan of stage magic myself, but I have to admit, the biggest name known around the world when you think of magic is David Copperfield- “The Godfather” (of this generation). Before David Blaine and Criss Angel were household names, Copperfield was already selling out shows in Vegas and across the world. I’ve been lucky enough to see him live and will again at the next opportunity. Even though I enjoy a good close-up act, every now and I see a solid stage act that makes me feel like I’m watching a magic show for the first time which puts a big smile on my face. The video below happens to be one of those videos, and this time it’s none other than Copperfield himself. This was televised on the America’s Got Talent 2010 Finale. Unlike many Blaine/Angel specials, this effect is done in front of a live theater audience where no camera tricks were used. (The particular effect I’m talking about is the second one).

I hope you enjoy it.